Philip Gidley King arrived in New South Wales in 1788 as second lieutenant on board HMS Sirius. Within a short period after the arrival of the First Fleet Governor Phillip sent King, in command of a small party, to establish a settlement on Norfolk Island. King arrived on Norfolk Island in March 1788. In December 1789, he was appointed Lieutenant-Governor of Norfolk Island. In March 1790 King returned to England, on Phillip's orders, to report on the difficulties being faced by the settlement. While in England he was promoted commander and married Anna Josepha Coombe who returned to New South Wales with him in March 1791. In November 1791 King returned to his post on Norfolk Island. Anna Josepha gave birth to a son, Phillip Parker, shortly after. King's encouragement of the settlers on Norfolk Island resulted in some surplus production on the island by 1794, some of which was shipped to the main settlement at Sydney. On Norfolk Island King diligently but unsuccessfully pursued the possibilities of flax production for use by the Royal Navy. In October 1796 King returned to England with his family on leave of absence. When, after many delays, he finally sailed from England in the Speedy, in November 1799, he held a dormant commission to succeed Governor John Hunter who had been recalled by the Secretary of State. King assumed the lieutenant-governorship of New South Wales on 28 September 1800. In 1802 he attained the status of Governor. One of his principal initiatives as Governor was to address the monopoly trade in goods and spirits. He introduced port and price regulations and limited the quantity of spirits imported into the colony. He planted hops brought from England and sought alternatives to hops in New South Wales, and established a brewery hoping thereby to lessen the demand for spirits. King attempted to control prices and wages, work conditions and currency, and to limit the numbers dependent on the public store. He issued land grants and various supplies as a means of helping private farmers, and government flock and herd populations increased significantly. He was concerned with wool production, the potential for coal mining, timber cutting, the cultivation of grape vines, tobacco, cotton and other products, as well as establishing whaling and sealing industries. King was also interested in the exploration of neighbouring islands and regions and dispatched officers on voyages of discovery. Lieutenant James Grant, in the Lady Nelson, explored Bass Strait, Western Port and the Hunter River in 1801. King advocated the establishment of a new settlement following the discovery of Port Phillip by Lieutenant John Murray in 1801. In the same year, Francis Barrallier was sent on an expedition to find a passage over the mountains. Lieutenant John Bowen was instructed to establish a settlement on the Derwent River in 1803 and Colonel William Paterson at Port Dalrymple [Launceston] in 1804. King's interest in establishing settlements at Tasmania was in response to the visit to New South Wales of the French expedition under the command of Nicolas Baudin, and attendant rumours about the French government's intention to establish a settlement in the area. King also supported the expeditions of George Caley, Banks' collector in New South Wales. Along with Caley's specimens collected for Sir Joseph Banks, King also regularly dispatched specimens he had collected. 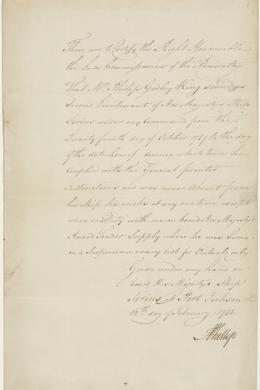 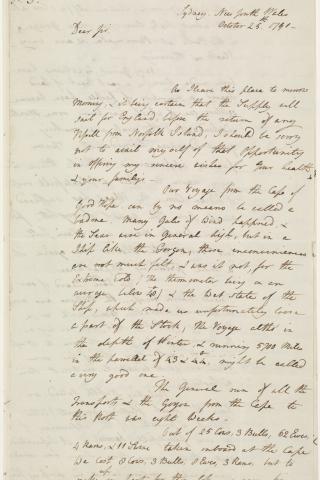 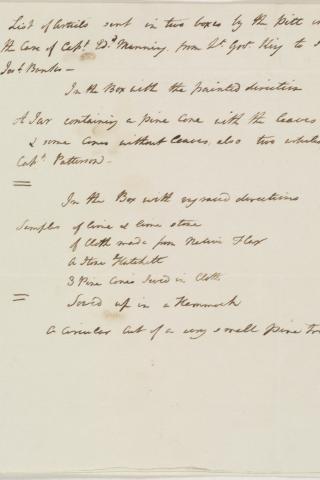 Banks Document 39.003
List of Articles sent in two boxes by the Pitt und
0% Available for transcription 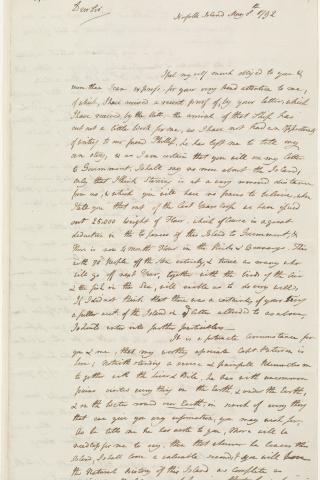 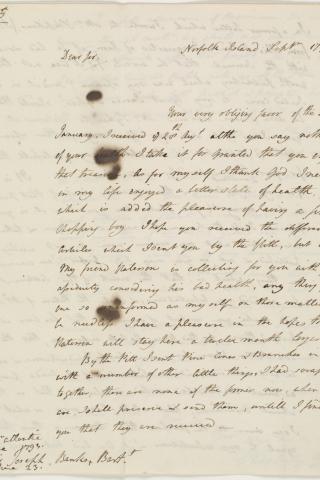 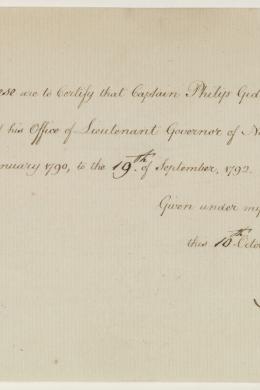 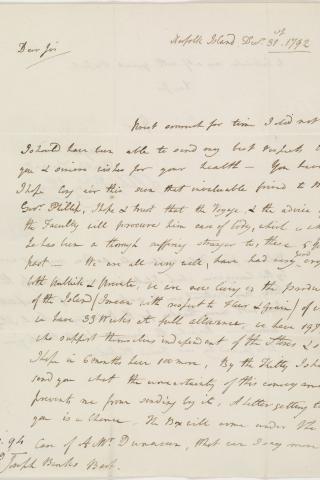 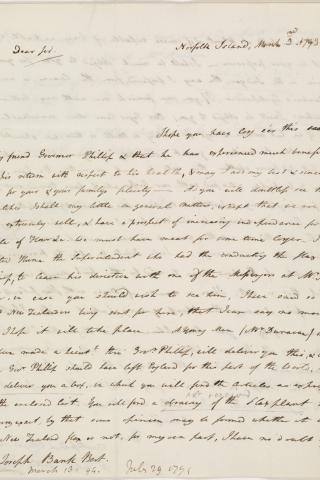 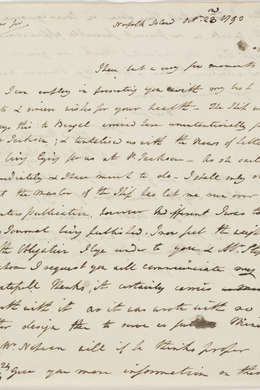 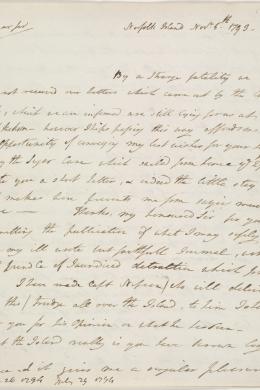 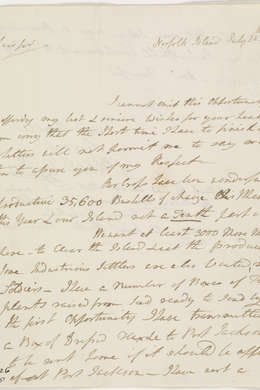 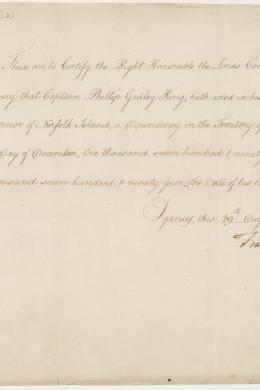