Series 12: Copies, extracts and summaries of letters written by James Cook, Charles Clerke and others, concerning the third Pacific voyage in HM Ships Resolution and Discovery, 1779-1780

The documents in this series, previously located at ML A78-1, were purchased in 1884 from Lord Brabourne by Sir Saul Samuel, the Agent-General for New South Wales. They were transferred to the Mitchell Library in 1910 and were part of the accession which became known as the Brabourne collection. Some of these documents include the original folio numbers assigned by Banks, written in ink in an unknown hand in the top right hand corner. Some were used by the compilers of Historical records of New South Wales, vol 1, part 1 (1893), and include footnotes and annotations made by the compilers. It is now not possible to reconstruct Banks' original arrangement, the series has therefore been arranged chronologically. Brabourne Collection

James Cook, commander of HMS Resolution, left England in July 1776 on his third and final Pacific voyage (1776-1780). His consort, HMS Discovery, under the command of Charles Clerke, set sail in August 1776. The two ships met at the Cape of Good Hope and continued the voyage together. Cook and Clerke made passage to the north by way of Kerguelen Island, Van Diemen's Land [Tasmania], New Zealand, the Cook Islands, the Friendly Islands [Tonga], Otaheite [Tahiti] where Omai was left on the island of Huahine, the Hawaiian Islands, named the Sandwich Islands by Cook for Lord Sandwich, eventually reaching the west coast of America in March 1778. The ships proceeded along the coast passing through the Bering Strait between Asia and America and continuing until the ice became impenetrable. After a three week stay on the Aleutian island of Unalaska they returned south for the winter months. The expedition returned to the Hawaiian islands arriving in December 1778. After charting the main island the Resolution and Discovery received a warm welcome when they anchored at Kealakekua Bay on 17 January 1779. They remained until 4 February. Bad weather and the need to make repairs to the Resolution forced the ships to return to the Bay on 11 February. Attempts to resolve a series of misunderstandings between the expedition and the islanders culminated in the deaths of Cook and four marines on the morning of 14 February 1779. After recovering the remains of Cook's body, and completing repairs, the ships left Kealakekua Bay on 23 February. Now under the command of Charles Clerke, the expedition travelled north via the Asian coast arriving at Kamchatka in May 1779. Attempts to find a passage through the ice beyond Bering Strait were resumed. The ships then returned to Kamchatka, arriving two days after Clerke's death on 22 August 1779 from consumption. In October the ships left Kamchatka for the final phase of the voyage travelling south via Japan and the Portuguese settlement of Macao on the Chinese coast, to the Cape of Good Hope. HM Ships Resolution and Discovery arrived in England on 4 October 1780 under the command of Lieutenants John Gore and James King respectively. The news of Cook's death had reached England in January 1780 through Major Magnus von Behm, governor of Kamchatka. 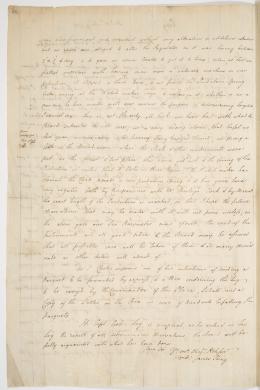 Banks Document 12.01
Series 12.01: Copy of a letter received by Board o
0% Available for transcription 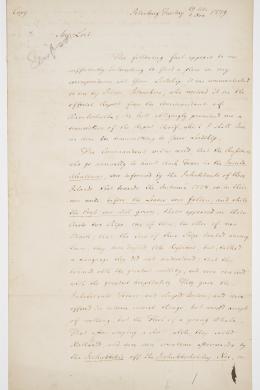 Banks Document 12.02
Series 12.02: Copy of a letter received by Thomas
0% Available for transcription 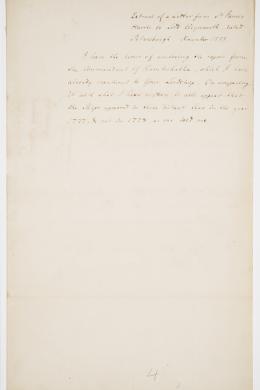 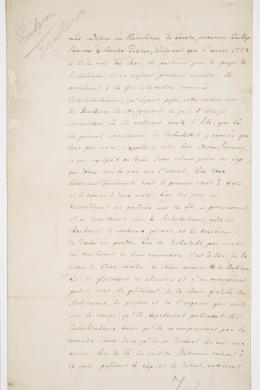 Banks Document 12.04
Series 12.04: 'Translation of the Report of t
0% Available for transcription 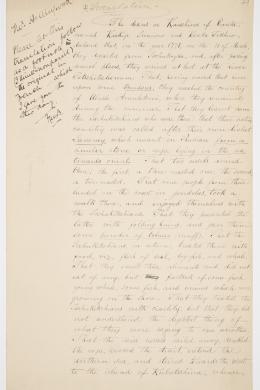 Banks Document 12.05
Series 12.05: Translation, in to English, of the r
0% Available for transcription 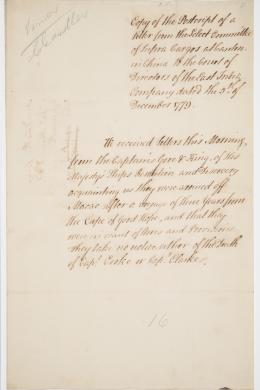 Banks Document 12.06
Series 12.06: 'Copy of the Postscript of a Le
0% Available for transcription 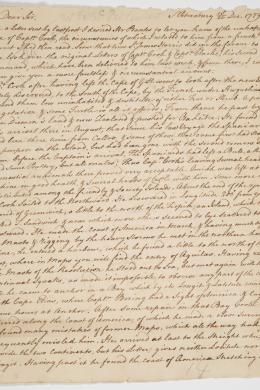 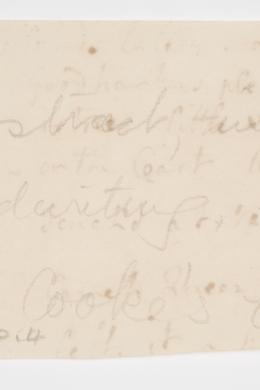 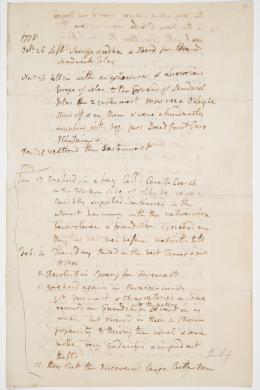 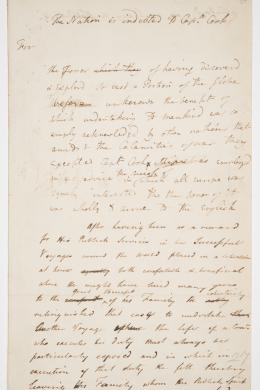 Banks Document 12.11
Series 12.11: 'Plan of a Memorial to Procure
0% Available for transcription