Most of the documents in this series, previously located at ML C213, were bequeathed to the State Library of New South Wales by David Scott Mitchell in July 1907 and formed part of the Mitchell Library collection. Mitchell had purchased them from the Australian book collector Alfred Lee in 1906. Alfred Lee had purchased them, at an unknown date, from the London bookseller Francis Edwards. They seem to be substantially the same as those documents auctioned by Sotheby's, London, on 13 March 1886. Documents 10 and 28, previously located at ML A78-2, were purchased in 1884 from Lord Brabourne by Sir Saul Samuel, the Agent-General for New South Wales. They were transferred to the Mitchell Library in 1910 and were part of the accession which became known as the Brabourne collection. Documents 17, 20 and 27 were previously located at ML A81. Documents 25 and 26, together with the enclosure which forms part of document 23, were previously located at ML A83. They were part of an accession of Banks papers purchased for the Mitchell Library from Sotheby's, London, in May 1929. Some of the documents in this series were used by the compilers of Historical records of New South Wales, vol 1, part 2 (1892). Historical records has erroneously attributed the authorship of document 10 in this series to Banks. It was most probably written by David Collins to Arthur Phillip, and forwarded by Phillip to Banks. Some of the documents in this series bear the original folio numbers assigned by Banks, written in ink in an unknown hand in the top right hand corner. It is now not possible to reconstruct Banks' original arrangement, the series has therefore been arranged chronologically.

On 12 October 1786 Arthur Phillip was appointed first Governor of the colony of New South Wales and commander of what became known as the First Fleet. The Fleet sailed from Spithead, England, on 31 May 1787 and arrived at Botany Bay, New South Wales, on 18 January 1788. The remainder of the Fleet arrived over the following two days. Phillip moved the convoy to Port Jackson, landing at the site he named Sydney Cove on 26 January 1788. Phillip reported regularly and confidentially to Banks about all aspects of the colony's growth and development. His priorities in establishing the colony were clearing, building, and cultivating agriculture and livestock using convict labour. He surveyed and explored inland and coastal areas and established settlements at Parramatta, New South Wales, and on Norfolk Island. He attempted to establish flax manufacture and reported on soil conditions. He continually felt the burden of lack of provisions, and the colony's need for settlers, particularly capable farmers and gardeners. Phillip had been instructed to establish friendly relations with the Aboriginal people and ensure their fair treatment. He was aware of the effect of the colony on the local population and remained a keen observer of their customs, manners and languages. Phillip was diligent in sending Banks plants and seed specimens, kangaroo and other animal hides and the skins of a variety of birds including the emu and black swan. He sent the white clay used by Josiah Wedgwood to fashion the Sydney Cove medallion, and also sought Aboriginal ancestral remains, particularly skulls, to send to Banks. In March 1790, the Sirius, under the command of John Hunter, was wrecked while landing convicts and provisions at Norfolk Island. In June 1790, the Second Fleet arrived bringing the further devastating news that the Guardian, on which the colony had been depending for supplies, had been wrecked in December 1789. In December 1792, suffering from poor health, Arthur Phillip returned to England. He resigned his post as Governor on 23 July 1793 but remained interested in the development of the colony. As late as September 1796 Phillip wrote to Banks with a request for support for Philip Gidley King, Lieutenant-Governor of Norfolk Island. Subject: New South Wales - Colonisation 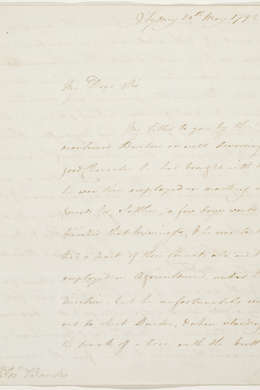 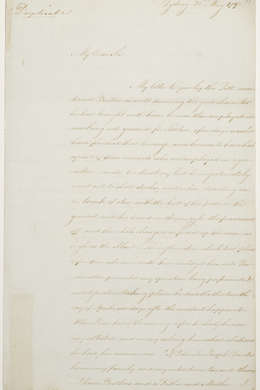 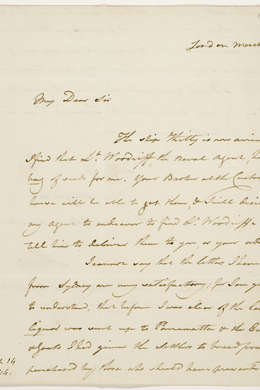 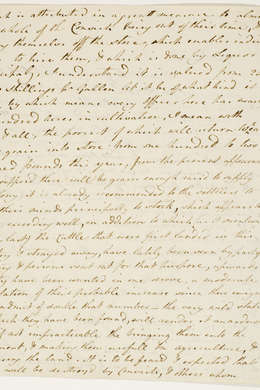 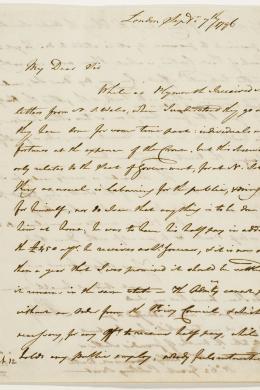 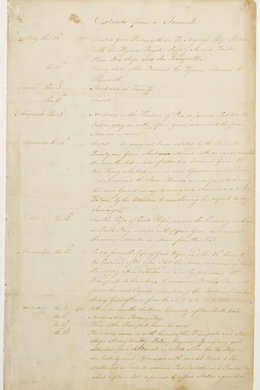 Banks Document 37.30
Extracts from a Journal from Sailing to the King
0% Available for transcription